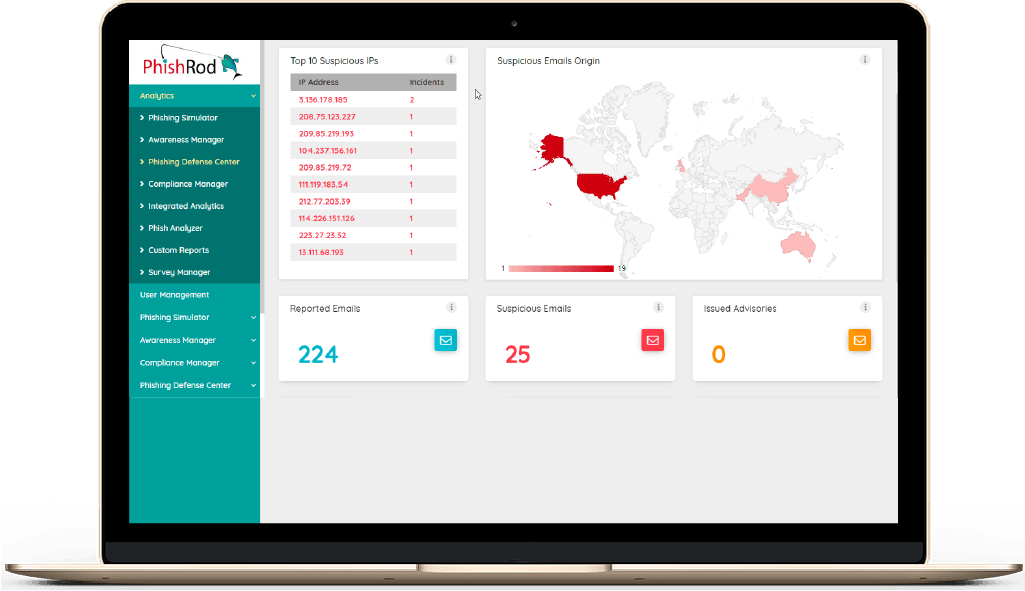 PhishScout is an automated phishing defense & orchestrated response that allows the IT security teams to instantly investigate suspicious emails with the ability to quarantine and ultimately delete phishing emails from the end user’s mail box.

Security controls such as IPS & Email Gateways are only effective to a certain level. This is why phishing remains the most potent threat vector to date. Once a phishing email lands into the mailbox, it only takes a click to trigger a cyberattack. The longer the phishing email resides in the mailbox, the bigger is the probability of the threat propagation.

PhishRod provides a reporter plug-in that works as an agent for all mail clients. While the mailbox synchronizes to receive any incoming email, the end user is provided with a warning that the email is coming from a malicious source.

Based on the feedback from the secondary analyst, the email can be deleted from all end user mailboxes immediately.

PhishScout analyzes the following parameters related to email verification which helps the primary analyst to mark the reported emails as suspicious.

The domain reputation is thoroughly scrutinized by PhishScout which further helps the primary analyst to determine the credibility of the domain from which the suspicious email was received.

The following parameters are investigated for IP Reputation to determine whether the email is malicious or not.

PhishScout maneuvers through the following criteria which can extensively verify the site from which the email or link has been sent.

PhishScout extracts all the URLs from the reported suspicious email and scans them using built-in intelligence such as VirusTotal, PhishTank & Google Safe Browsing API.